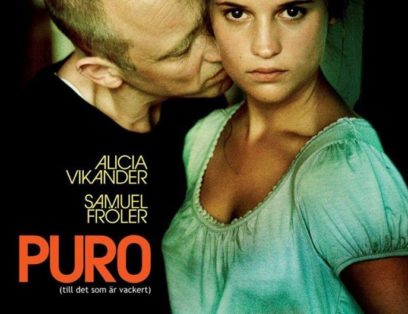 Swedish cinema has a long and rich history. A pleiad of Swedish directors have enriched the world cinema market and filled it with new themes and meanings.

The film director and screenwriter Lisa Lansgeth “To something beautiful” (“Purity”) is a good example of high-quality Scandinavian cinema, which affects the problems of existential search, the formation of identity and the role of art in this search. This is not a woman’s movie about a woman and for women. This is a film about the choice of life path, a film-experience in which you live each episode. Lansgeth raises the question of the necessity of art and seeks an answer to it.
The heroine of the film, young Catharina, faced with Mozart’s music decides to change her life. The past weighs on the girl, but to “cleanse” enough to find a source of purity.
The script is written on the play by Lisa Lansgeth and this work is a great example of the co-creation of the director and starring Alicia Vikander. This is the debut role of Vikander, revealing the exceptional talent of the future Oscar winner.

At the film show, we’ll have a little talk about Swedish cinema and the film Lansgeth in the context of Scandinavian cinema.
18+