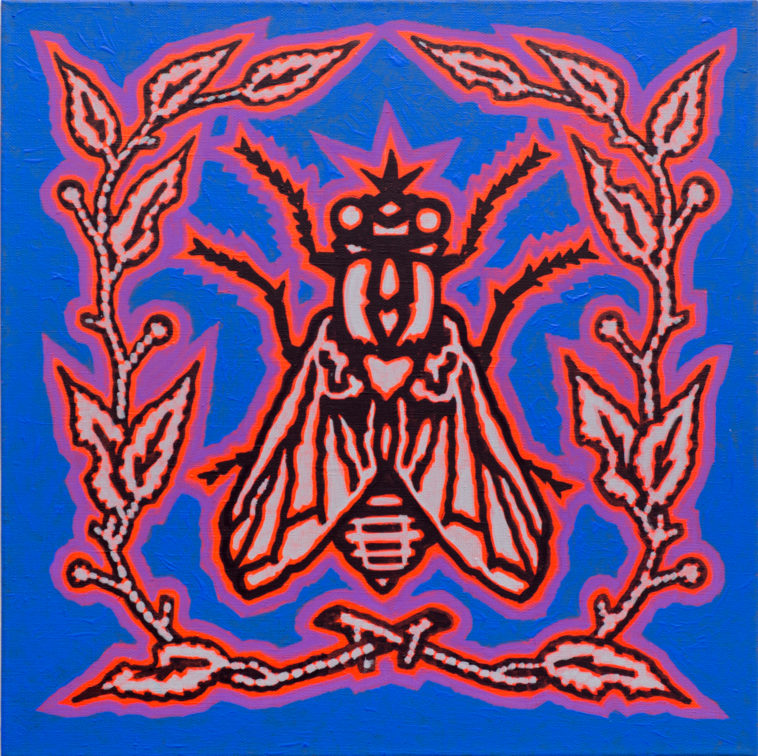 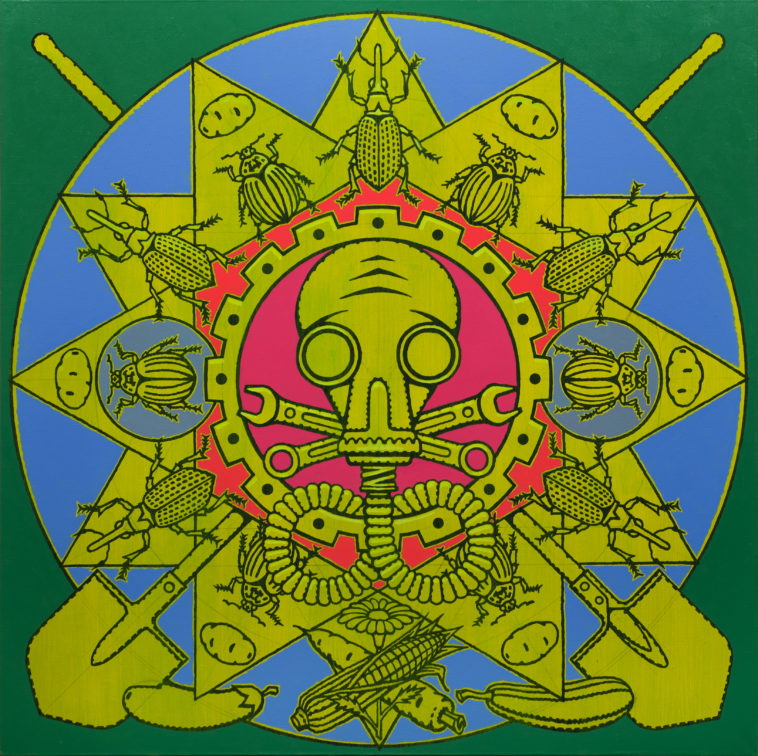 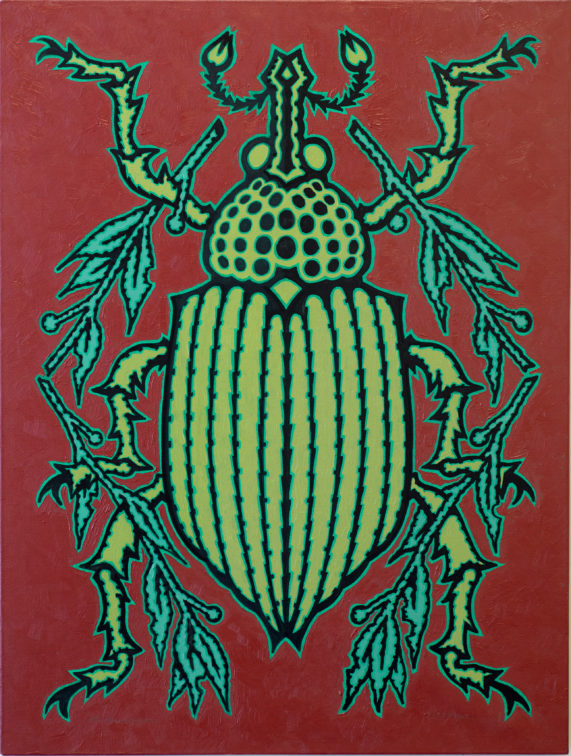 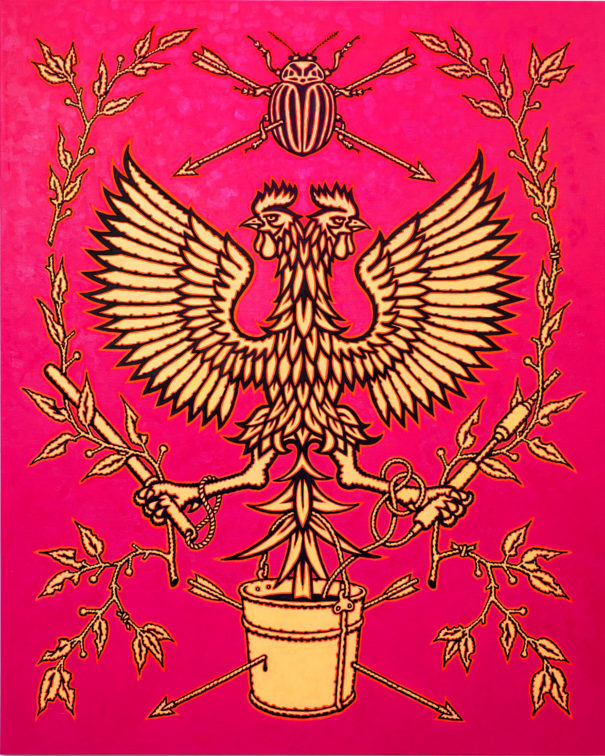 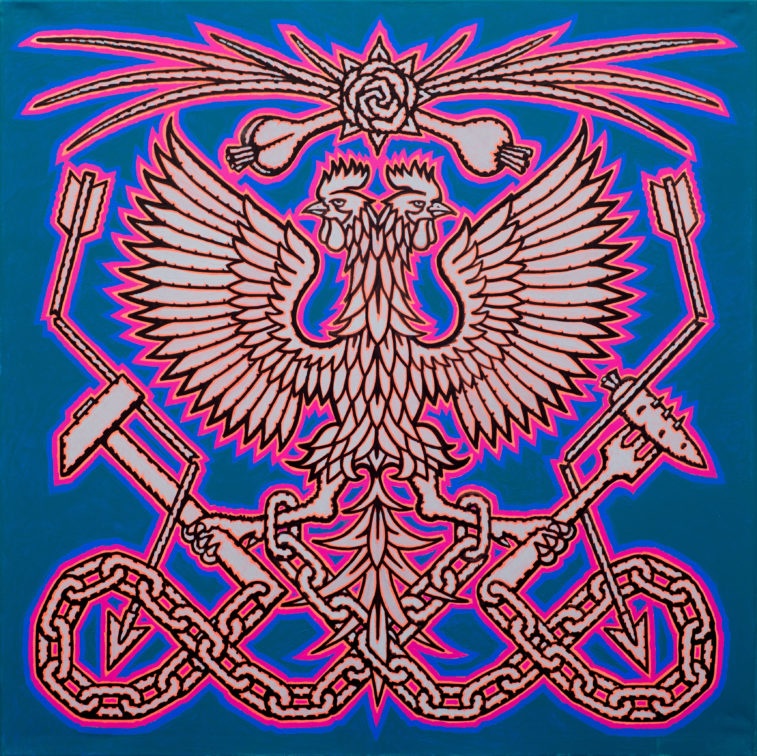 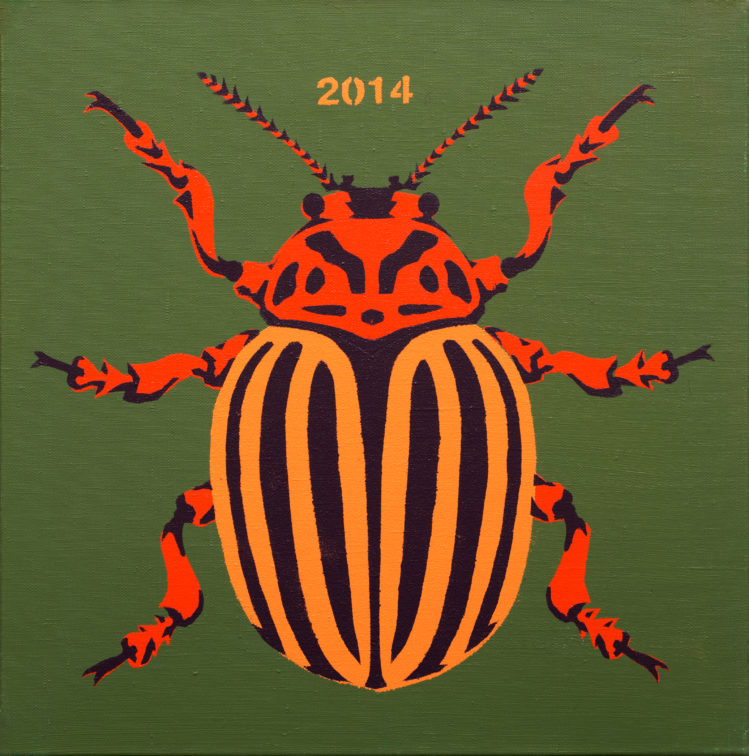 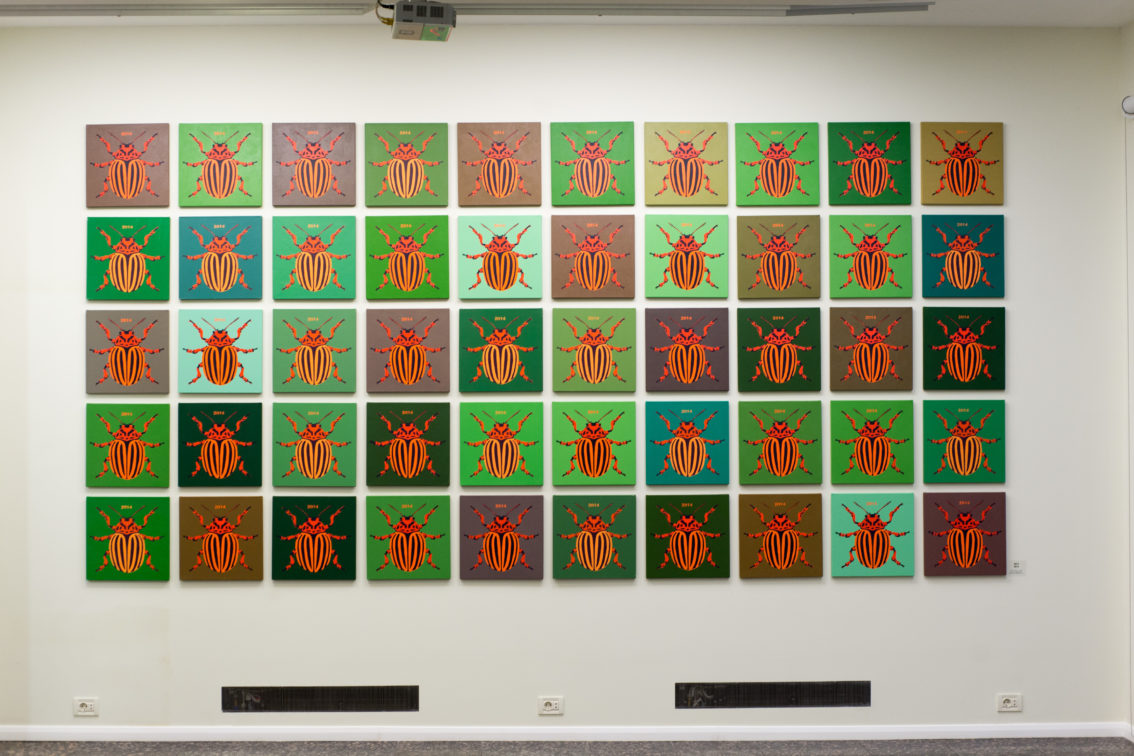 NT-Art Gallery presents a solo exhibition by Mykola Matsenko entitled “Herbarium”.
“I have been admiring of boundless household plots stretched from the San to the Don for the past four decades, after I had come out of the everlasting Carpathian thickets’ depths and had sat comfortably on the steep slopes of the Dnieper. This year I succeeded in observing the increased activity, in comparison with the previous period of observation, of carbon-based life forms on the western periphery of the latter mentioned reservoirs’ basin. In particular, it was conspicuous that the behavior of representatives of some endogenous and especially exogenous fauna species is destructive and bordering on a suicide. Their surprisingly persistent tendency to destruct completely the wintering areas and the range of food reserve of their own distribution was also noticed. This unprecedented phenomenon provoked my considerable scientific interest.
I have been working persistently and tirelessly on my heraldic `herbarium` for the last seven years. So I could not resist the temptation to enrich my collection with some samples of the collapsing population’s fauna in order to introduce this behavioral phenomenon to the scientific and cultural discourse for the further careful study, localizing it, preserving and preventing their spread on the cultural farmlands of the European continent”.