“NONCONFORMISTS” EXHIBITON IN ODESSA MUSEUM OF WESTERN AND EASTERN ART 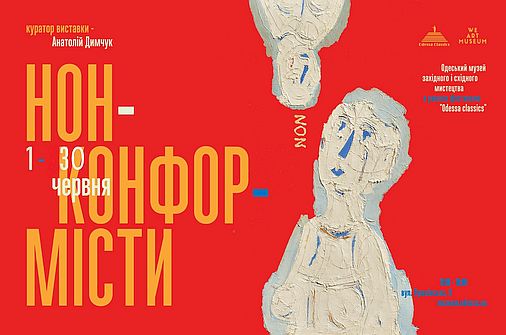 On June 1, Odessa Museum of Western and Eastern Art will open an exhibition dedicated to the movement of Odessa nonconformists – a key phenomenon in the artistic life of the city in the second half of last century. Anatoliy Dymchuk became the curator of the exhibition.

A series of apartment exhibitions organized by nonconformists during the 1970s became an important step in the development of freedom of speech in the late Soviet period. Along with the opposition to official Soviet art, the work of the Odessa nonconformists is marked by a special lyricism, a departure from direct political statements and an appeal to universal values.

Works from private collections and funds of the Odessa Museum of Contemporary Art and the Odessa Literary Museum will be presented in the five halls of the museum. Among them are works by Oleksandr Anufriev, Valery Basants, Oleg Voloshinov, Yuri Egorov, Viktor Maryniuk, Yevhen Rakhmanin, Volodymyr Strelnikov, Valentyn Khrushchev, Anatoliy Shopin, Lyudmila Yastreb and others.