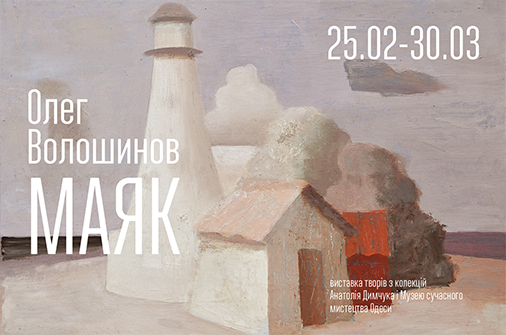 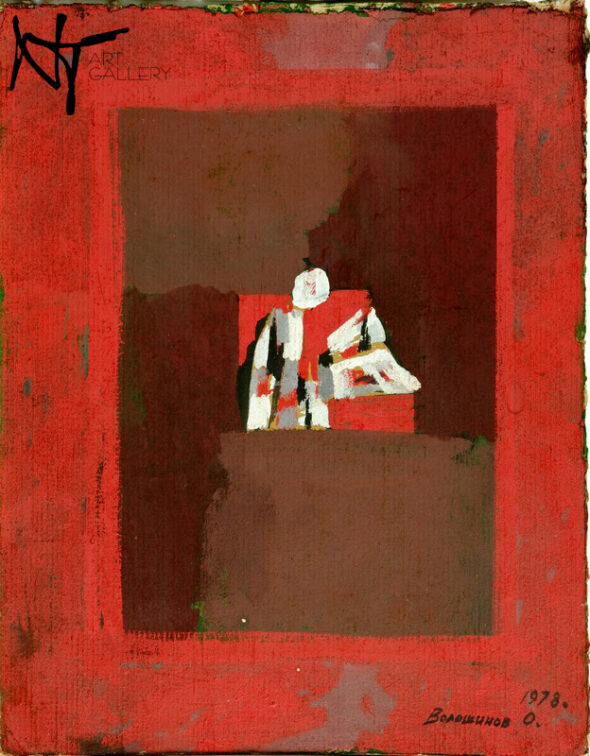 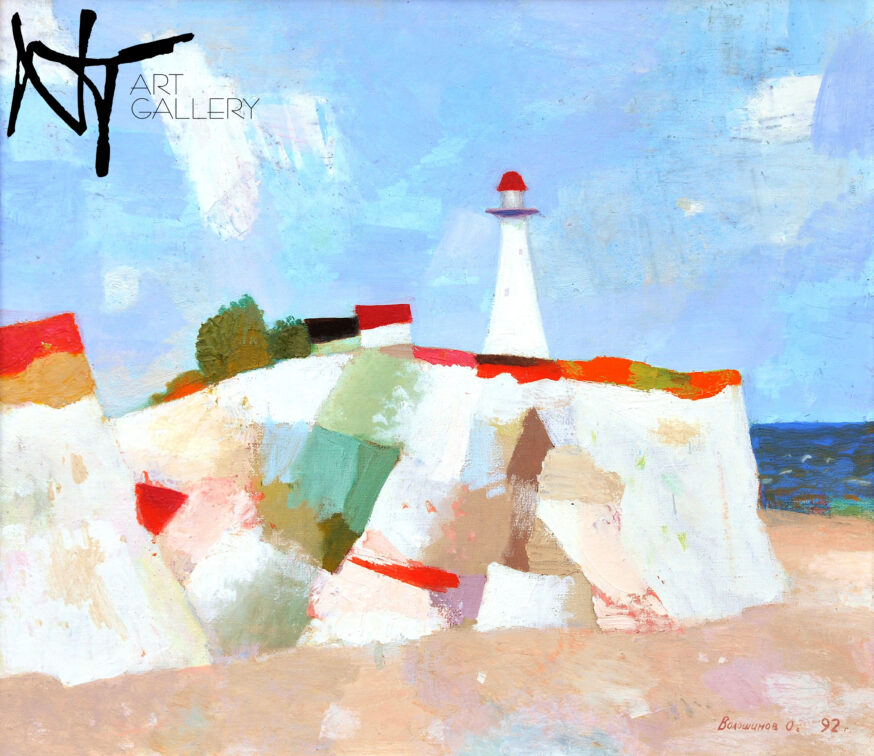 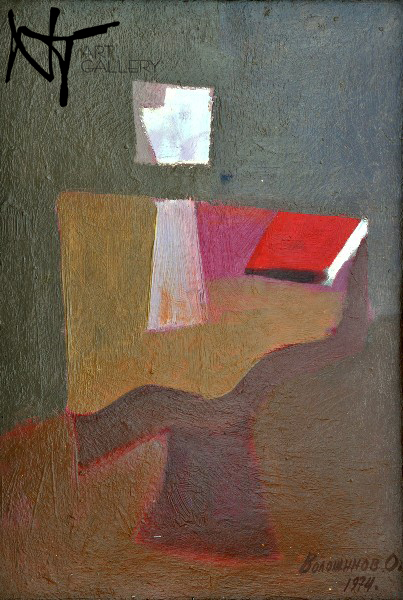 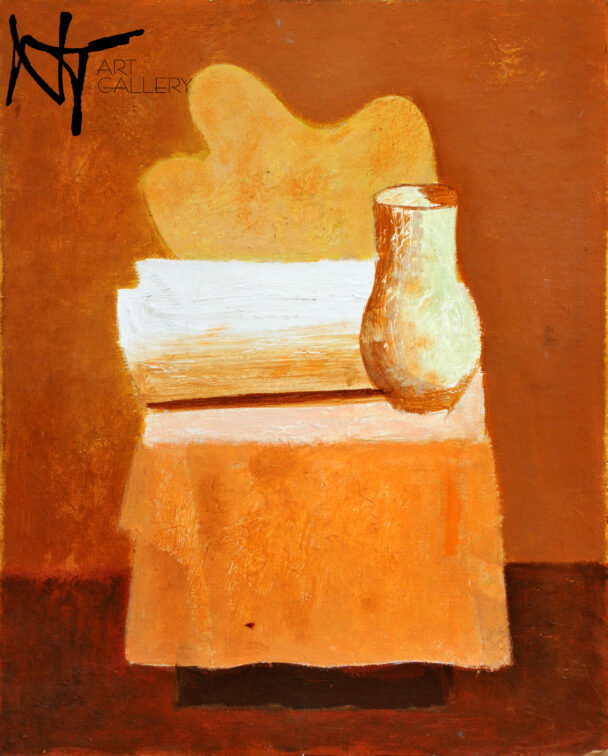 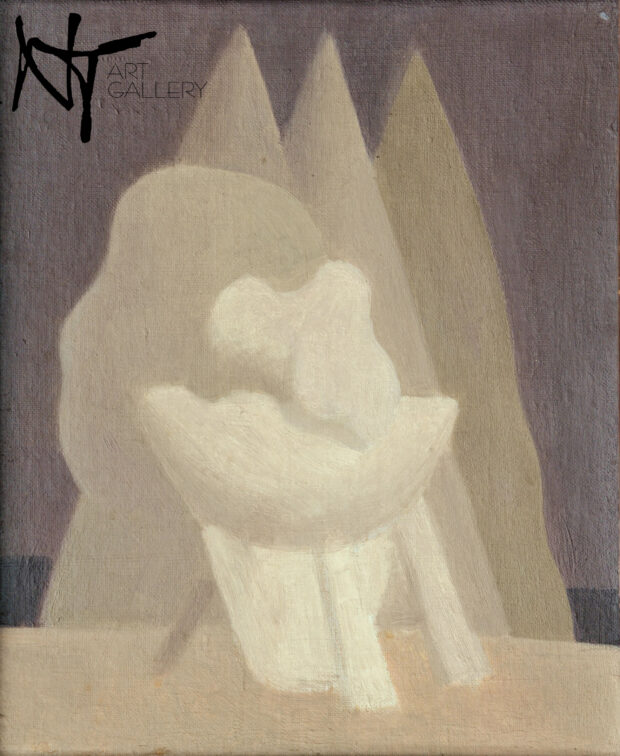 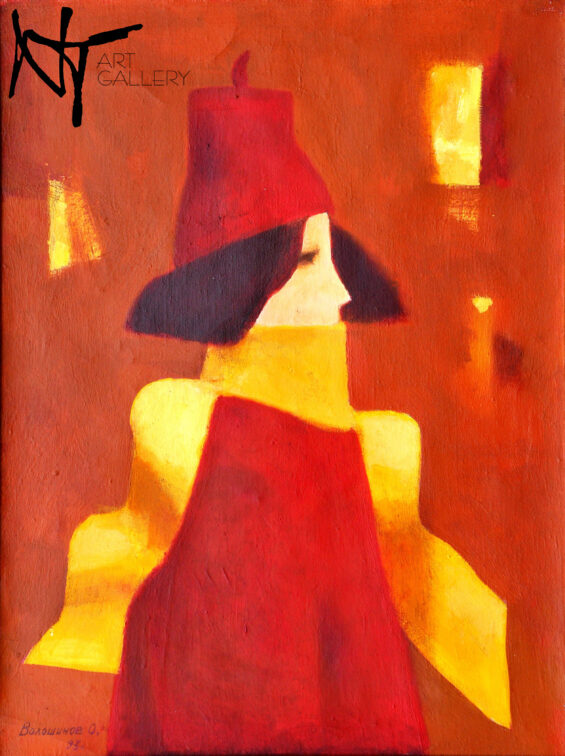 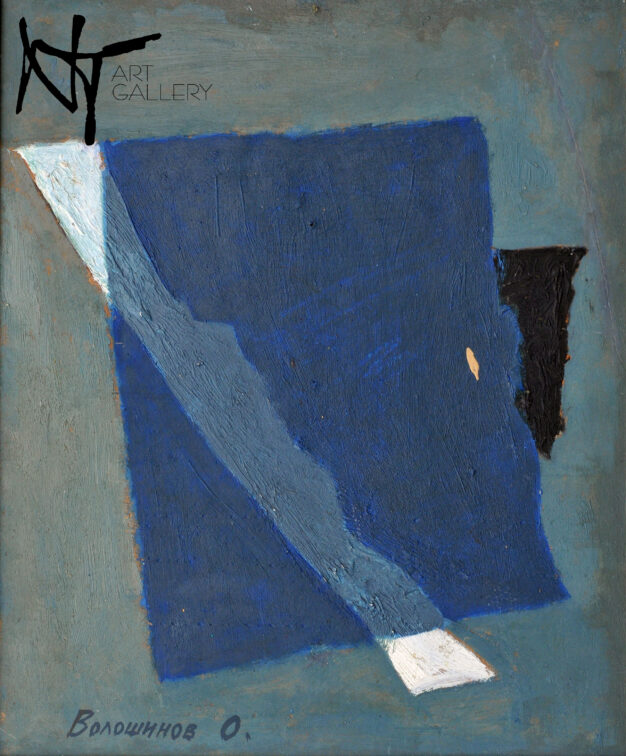 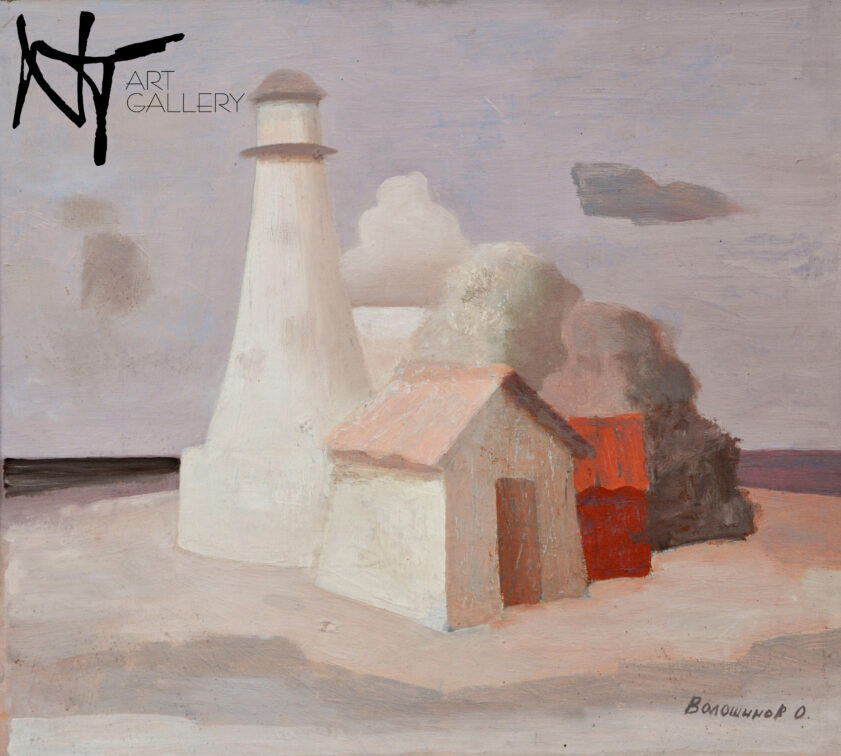 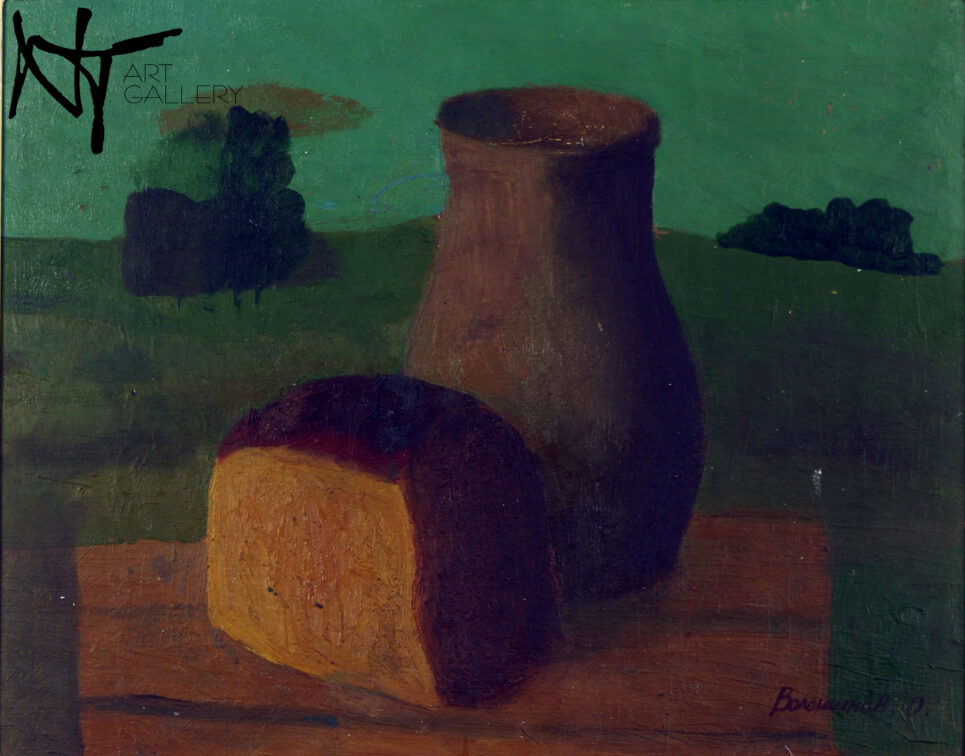 Oleg Vasilievich Voloshinov (1936-2020) is an artist whose special talent lies in the ability to find and highlight that fundamental artistic motive of a subject and thanks to it the most specific and proper image is composed. Therefore, Voloshinov’s compositions are built mainly on extremely refined, laconic relationships of lines, planes, volumes, color spots, and the internal logic of compositional decisions is so strict and flawless that it allows to achieve the ultimate generalization and intensity of the image. And therefore Voloshinov’s art, according to Olga Savitskaya, is “a kind of chamber epic” where “the form seems to be placed in eternity.” This can be applied even to such a genre as still life – his still life “appears almost as a sculpture, … or also as a monument,” says Savitskaya or one might add – even as a monumental landscape.

The ability to focus on the most important – on the very nature of the relationship between the elements of the composition – quite naturally lead Voloshinov to abstraction, to work with pure forms and their direct expressiveness. As a rule, and it is clearly visible in his compositions, he worked with contrasts of local color spots, where the artist found the possibility of balance without eliminating the saturation and sharpness of contrasts.

Oleg Vasilyevich was directly involved in the formation of the M. Knobel collection and as Tatiana Basanets notes: this collection acquired undeniable authority and a high artistic level thanks to Voloshinov’s creative professionalism and artistic taste. The Knobel collection included more than fifty works by Voloshinov himself, whose role in the life of the Odessa School Mikhail Zinovievich considered underestimated.

Oleg Voloshinov was born in the town of Nikolaev. He received his art education at Odessa Art College named after M. B. Grekov and at Leningrad Institute of Painting, Sculpture and Architecture named after I. E. Repin (Academy of Arts of the former USSR). After returning to Odessa in 1965 he became an inseparable part of the Odessa underground culture, he consciously preferred “surgical” intervention to combat the painful dogmatism of “local traditions” (T. Basanets). Working on the perfection of his own artistic language and even avoiding belonging to certain artistic groups Oleg Voloshinov nevertheless sincerely appreciated the artistic atmosphere of Odessa and considered it necessary to preserve this legacy for the future development of art. In the 60s, Oleg Vasilievich taught painting and composition at the art and graphic faculty of the Odessa State Pedagogical Institute named after Ushinsky, and in the 90s – at the Odessa State Art School and at the non-state Academy of Arts (Odessa). In 1980 the first personal exhibition of Oleg Voloshinov and Valery Basants took place which, of course, was a bright artistic event not only for Odessa. Oleg Voloshinov’s works are settled in Ukrainian museums and some private collections in Ukraine, France, Germany, the USA. He was a member of the Union of Artists of the former USSR and the National Union of Artists of Ukraine. In 2013 Oleg Voloshinov was awarded the title of Honored Artist of Ukraine.