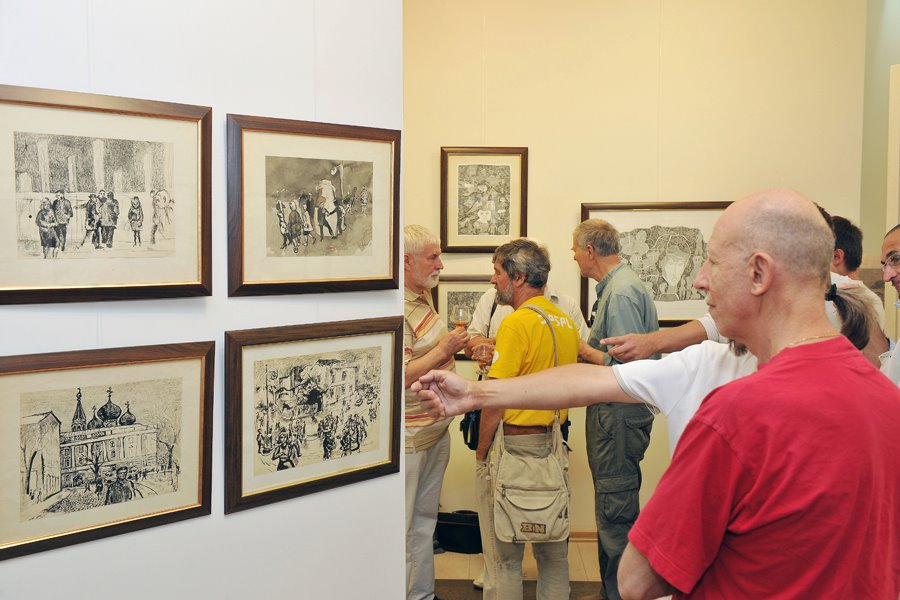 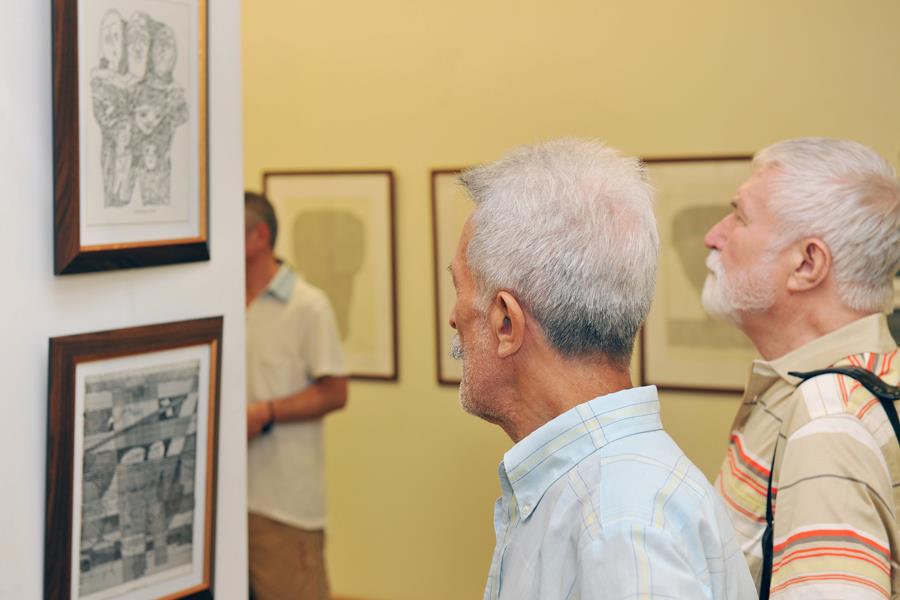 Volodymyr Strelnikov was born in Odessa in 1939, and in 1978 immigrated to Germany. In the same year Volodymyr Strelnikov exhibited his works in the West, and in 1990 visited Ukraine with solo and group exhibitions, along with other artists of the creative association `Mamai`: Basanets, Marinjuk, Bozhko, Sad, Stepanov, Stovbur, Savchenko, Tsjupko.

Strelnikov can change the material and plastic ideas, but a system of relations is preserved all the way through. During his emigration, he creates ‘geometricised’ often symmetrical compositions. It is difficult to conclude what is more in this series of work: more geometric correctness or organic, almost biological sense of form.

Meditative graphics of Volodymyr Strelnikov not only calms. It touches something much more (something that you can’t see with your own eyes); and then you begin to suspect that the sky of Strelnikov early landscapes not only hangs over us, but most importantly – within us.

Threats and harassment of the government authorities, forced emigration, countries and environments change – haven’t left visible traces in his lyrical and closed in itself art work. His art is not a mirror of emotional struggles.

Works of Volodymyr Strelnikov are in museums in Ukraine, as well as in numerous private collections in Ukraine, Russia, Austria, USA, Canada, Germany and France.

This is the second solo exhibition of the artist at the NT-Art Gallery (the first was in July 2009), which presents more than thirty graphic works of the period from the 1960s to the 2010s.