WORKS FROM THE COLLECTION OF ANATOLIY DYMCHUK AT THE “ENFANT TERRIBLE. CONCEPTUAL ART IN ODESSA” SHOW IN THE NATIONAL ART MUSEUM OF UKRAINE 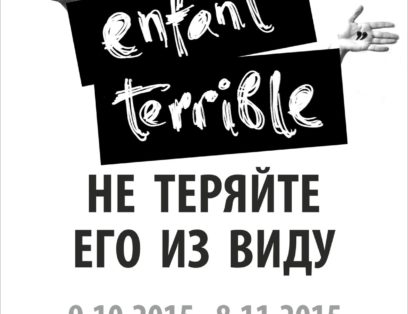 The National Art Museum of Ukraine and the Museum of Odessa Modern Art present “ENFANT TERRIBLE. Conceptual Art in Odessa” project that will run from 12 June 2015 to 20 September 2015.

ENFANT TERRIBLE project, occupying seven rooms of the ground floor of NAMU, explores the origins of the Odessa conceptualism, its influence on the formation and subsequent waves of contemporary art in Ukraine.

The exhibition is formed on the basis of the collection of the Museum of Odessa Modern Art that holds the most representative collection of works by Odessa contemporary authors and is expanded with the works from private collections, galleries and foundations, archives of the Odessa Museum of Western and Eastern Art.

Among the showpieces there are artworks of such masters of conceptualism as Leonid Voytsekhov, Yuri Leiderman, Sergey Anufriev, Igor Chatskin, Oleksander Roytburd, “Peppers” group, “Martynchiks”, just as the pieces of other artists that one way or another were affected by the Odessa conceptual movement. One can find at the exhibition works from the collection of Anatoliy Dymchuk featuring Leonid Voytsekhov, Igor Gusev, Dmitriy Dulfan, Andrey Kazandzhiy, “Martynchiks”, Stas Podlipski and Aleksandr Shevchuk.