Natasha Shulte The Symposium: the Third Gender and Cyborgs 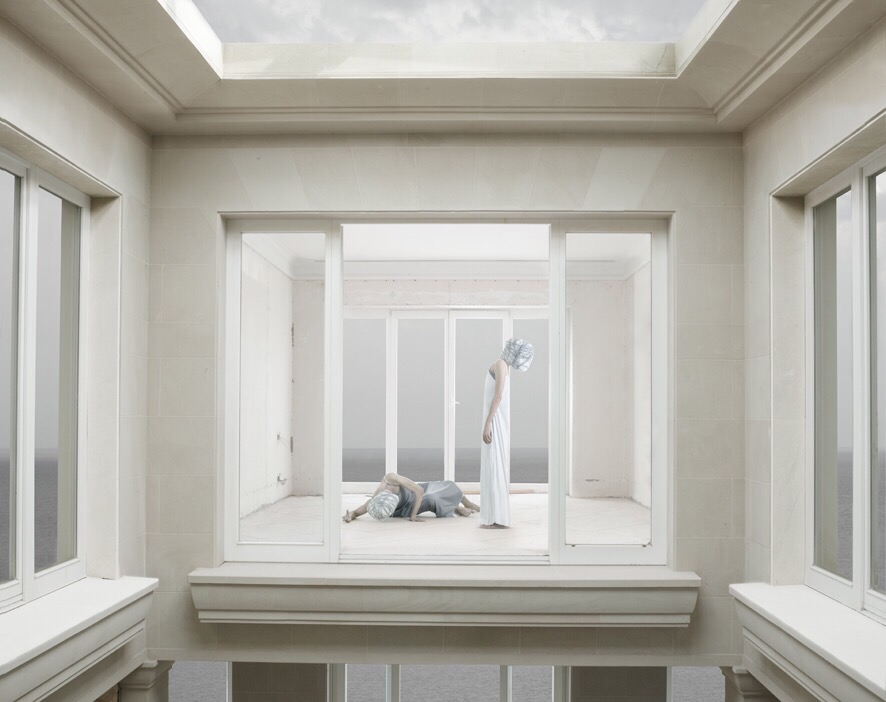 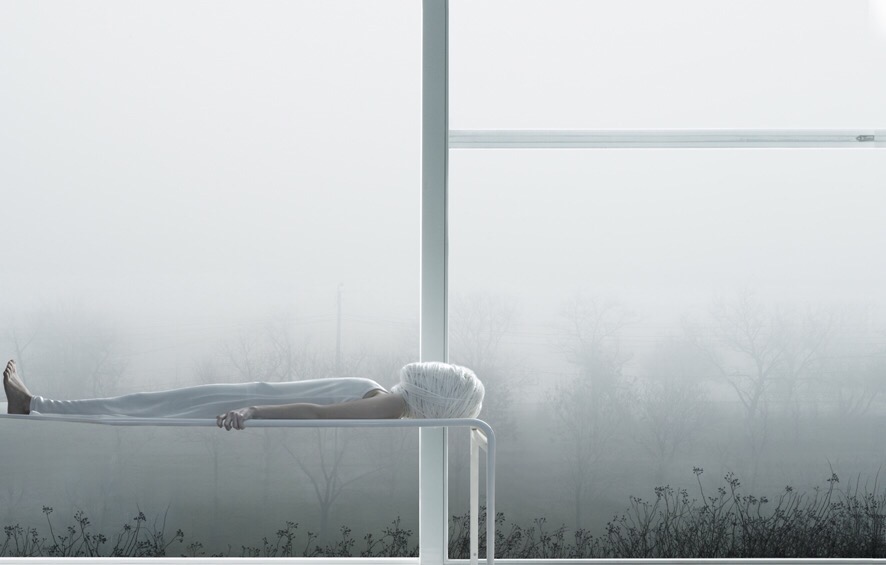 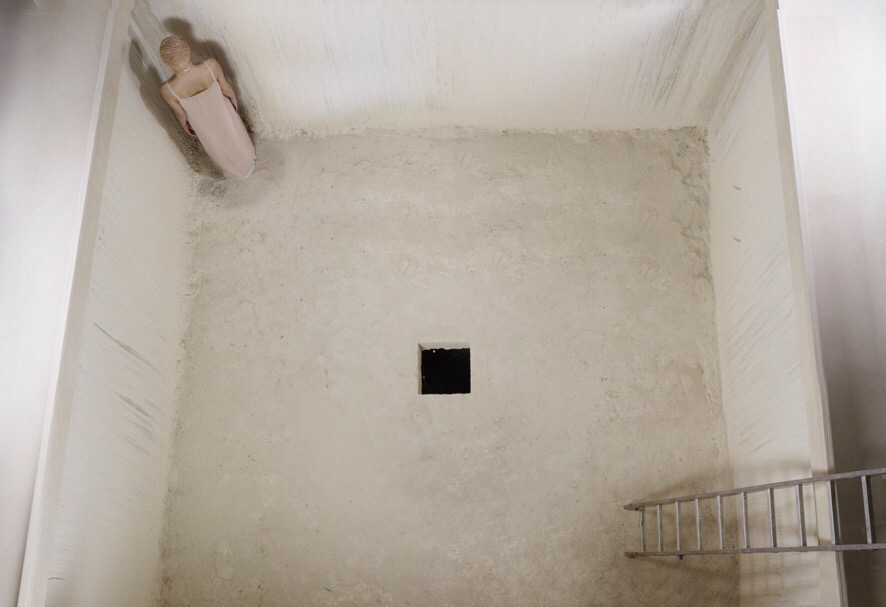 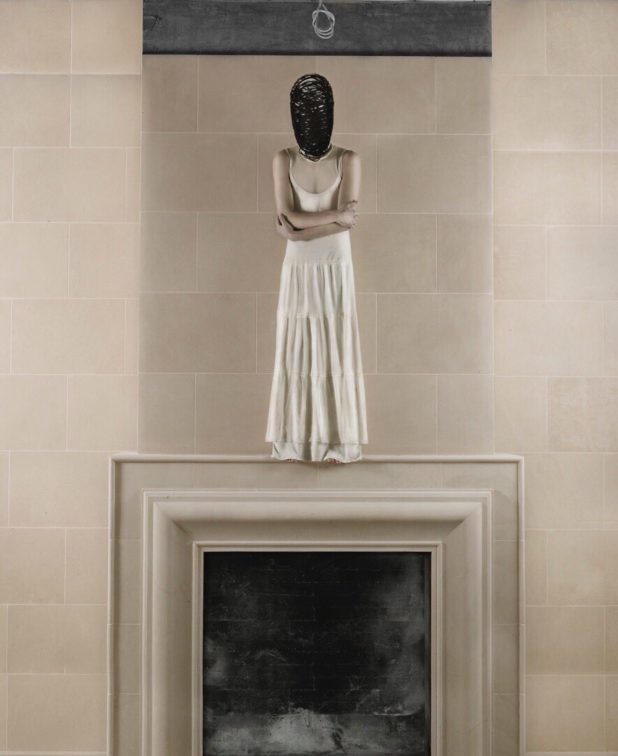 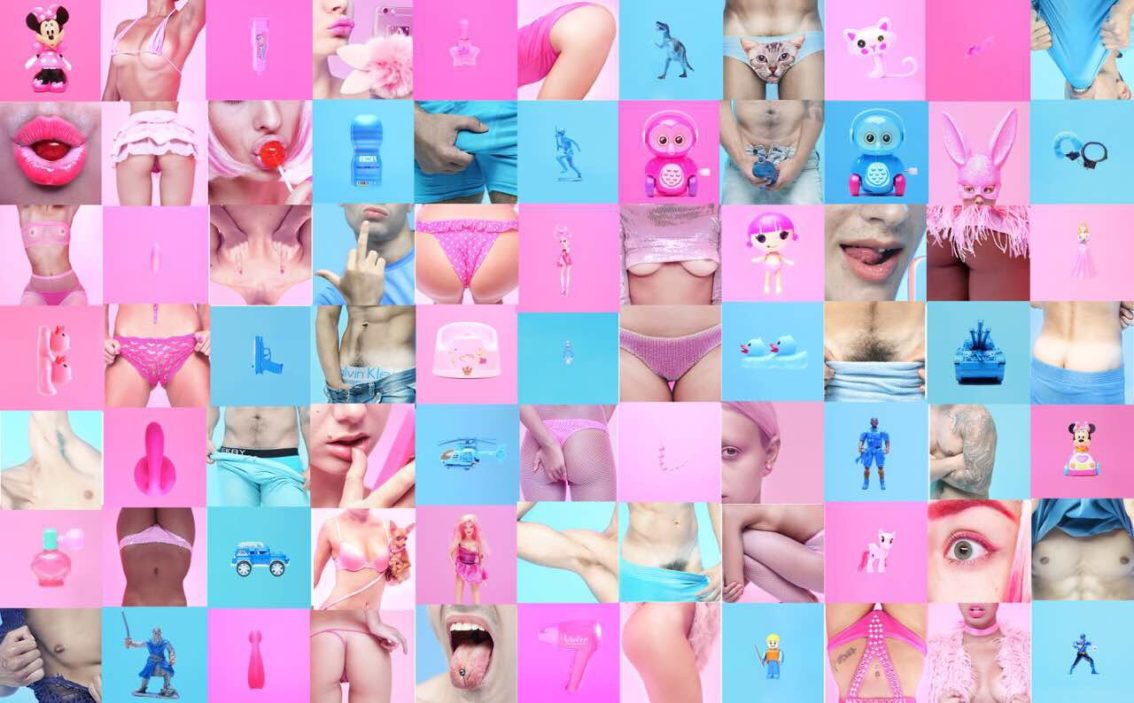 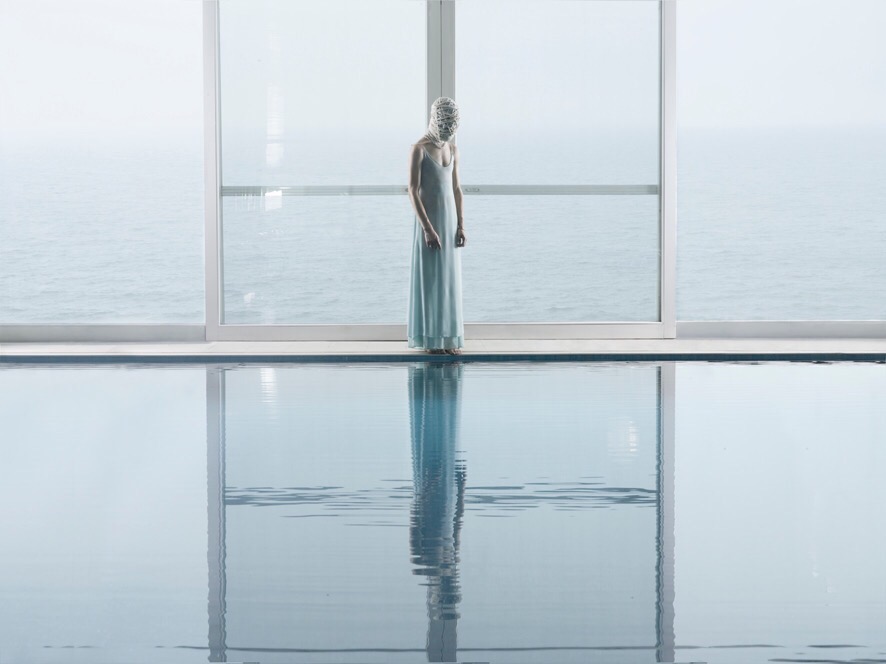 The Symposium: the Third Gender and Cyborgs

The project presents Natasha Shulte’s study of gender- and body-related issues in contemporary culture. It consists of an immense wallpaper print and a series of photographs of variable sizes. Additionally, secluded blue and pink spaces are to be created to allow viewers to take photographs of themselves and their companions, thus partaking in the project.

In recent decades, post-human and by extension post-gender theories have been discussed in depth, considerably adding to and opposing Donna Haraway’s canonical A Cyborg Manifesto: Science, Technology, and Socialist-Feminism in the Late Twentieth Century (1985). Yet the dispute is far from a resolution, which is why Shulte attempts once again to bring oppressive strategies of media that severely define and ascribe gender roles, thus reaffirming immutable inequality within society, into sharper focus.

In the central piece of the project, the artist bluntly juxtaposes numerous generic images embodying traditional sexuality and the way it is represented in pop culture, using two main colors – pink and blue. Boys and girls are essentially different, their bodies, behavioral patterns, dress codes always stand on opposite ends of the spectrum. This is the image media sells us on a regular basis; one has to conform in order to fit it. But things need not be this way, and in this particular sense Shulte’s project puts focus on a critical relationship to gender.

The second part of the project is a series of photographs that depict a human of an uncertain gender, an androgyne in sterile devoid of any interior characteristics. Unlike the flashy wallpaper images, these are minimalistic in their color and expression. Observing their hidden tension and imperium, one instinctually recalls Greek mythology.

In Plato’s The Symposium, almighty Zeus was so afraid of androgynous humans that he had to split them in half to decrease their enormous power. Donna Haraway puts it in a less poetic way: Gender, race or class consciousness is an achievement forced on us by the terrible historical experience of the contradictory social realities of patriarchy, colonialism and capitalism. However, both authors imply that creation and maintenance of the system beneficial for the few and oppressive for the vast majority is at the core of gender identity.

Haraway, along with many other thinkers and activists, supposedly comes up with a sort of solution. An androgyne, a cyborg, a post-gender human gradually comes to a forefront, fighting the state of affairs with the fact of its mere existence. So, in the concluding part of The Symposium: the Third Gender and Cyborgs, each and every visitor can challenge rigid gender stereotypes by fiddling with gender attributes.

Referring to another great thinker, Zigmunt Bauman, everyone is free to exercise liquid identity. Photos taken by the visitors will be integrated into the show with the visitor’s consent.